Look, this Russian chap got three million views for his WiFi booster, so who am I to argue. But, in case other's know better then please do let on:


Assuming that this actually works in a built up city environment (yea, I know he's in the countryside), this would surely open up the possibility to mesh networking.

Anybody got any experience in that, I think that at the very least, if the internet goes down, then everybody in a given area could still chat with each other to stay informed (assuming the power was still on), business could still function etc..

This is more amateur radio kind of stuff rather, or maybe LoRa.
Can't stop the signal, Mal!..

Staff member
ISPreview Team
Looks to me like he just built a sort of directional antenna, albeit one with quite a bit of exposed copper. Nothing really new here, you can build antennas that are good at picking up weaker WiFi signals over a longer distance, just like you can do with mobile signals. But there's not that much point, as indoor WiFi works better when it's not seeing lots of signals (congestion). Some companies do such antennas for next to nothing:

Now if you're talking about using this to create an outdoor fixed wireless network then that's a different type of service and some Ofcom regs may apply, which will restrict your choice of kit as they must not cause interference with indoor WiFi. Mesh FWA solutions already exist.

You can also get outdoor WiFi mesh boosters for local networks, albeit at a cost:

But if you just want to create an ultrafast data link between two outdoor points, with line of sight, then a Microwave antenna will probably be best.
Mark Jackson
Editor-in-Chief - ISPreview.co.uk

The video hinted that it was direction, rather than expansive, but looks like a great project to try out from scratch. Sometimes there is no local WiFi, so what better way to get connected by sniffing from afar.

However, mesh was the route I was looking for, but those relays are only for local use, I wanted to combine the two to cover a much wider area, where everybody was a node.

Directional aerials are available for a specific frequency and there is lots of commercial Point to Point WIFI.

You appear to be describing Facebook's Terragraph?

If you are thinking backup if every ISP had a public hotspot on their Router (eg. like BT and Virgin) and we could agree a universal access to each others then we could use a neighbour's BB for a minimum service if required. Historically an issue on slow ADSL and a lot of anti-BT venom but it is not really an issue on ultrafast. People are still very protective of every byte so it will not happen.

Interesting, I've never heard of Facebook's Terragraph before. It looks like a more practical method of achieving what I want, but it still keeps a single company in the loop and isn't really distributed.

Back in Roman times, the roads (internet backbone) was maintained by those along it, either with olive trees or businesses (node users). My suggestion does depend on "sharing" recourses, but not in a Socialist fashion, rather as if subcontractors.

Node users would sell their bandwidth and collect money from their neighbours (end users / node relay users), in effect becoming their own ISP and maintaining the overall service, of which they would likely rely upon themselves.

The centralised, but distributed, mesh model would add the layer of redundancy I was looking for, before turning fully decentralised.

Although non-directional, what about this as an arial, it's beautiful:

A human head can be used to extend transmission, so anything can be an arial. If it can be beautiful, then why not >?

Benniluxx said:
A human head can be used to extend transmission, so anything can be an arial. If it can be beautiful, then why not >?
Click to expand... 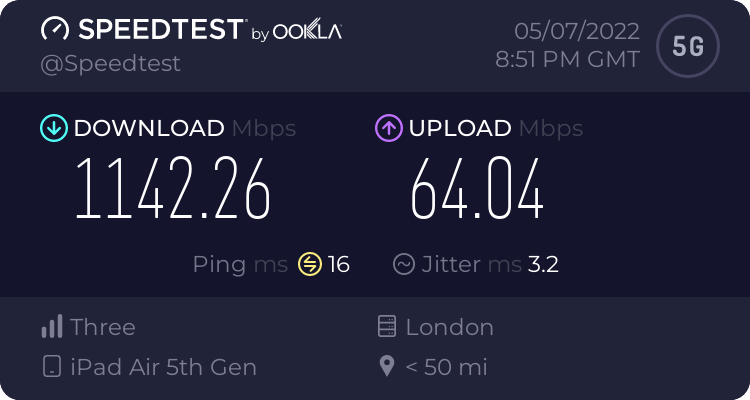 Can that hot-spot setup be daisy chained from each of your next door neighbours ?

No. Though the practicalities of large scale mesh networks will be latency and bandwidth. Probably would make "internet browsing" unusable.

What you are describing in the real world might be best identified as water smart meter type network setups in the UK or energy meter mesh networks in the USA. Networks of very small data packets, low data rate and occasional transmission of data to central nodes via other smart meters.

• Incoming and outgoing finances are text based as well.

• Incoming and outgoing finances are text based as well.
Click to expand...

If only the internet was 'only' text where needed. Web design is just another example of lazy bloat in the programming world, not even getting started on embedded video.
You must log in or register to reply here.
Top