Requirements to leave Talktalk (for free) while still in contract?

My family has been with Talktalk for years now, but they recently added extra charges a few months after we agreed a contract in November last year (not my decision!). They started charging us £10 a month for unlimited phone usage and £4 a month to use the Youview box and £5 a month for the 'Fibre Large' boost, despite the fact we changed over to the 'Unlimited Fibre Speed Boost' when we signed the new contract. This put the total cost per month at £49, which seems very high, considering they were originally very competitive on price for broadband and landlines. To pour salt on the wound, new customers can get 'Faster Fibre' for £22.50 per month if they sign a 2 year contract.

They have also not refunded these additional charges (for several months) after we informed them via letter and over the phone.

Also, the speed is consistenly lower than the speed they promised for this line. According to Talktalk's Broadband Speed Code of Conduct of conduct (link - https://community.talktalk.co.uk/t5/Articles/Broadband-Speed-Code-of-Conduct/ta-p/2204642) for existing customers pre March 2019, customers are 'protected if your sync speed is lower than what we promised when you signed up with us'. It also mentions customers can be 'released from your contract without penalty'. Our sync speed has ranged from 50-55mbps (measured by Talktalk's line healthchecker and the router's web interface, after upgrading the BT master socket) since November 2018 and talktalk's promised speed for this line was 62mbps.

So, does this mean Talktalk are in breach of their broadband code of conduct and is so, can we leave our contract early, and as fast as possible without paying? Has anyone else ever done this and how exactly should we go about it, i.e, who should we contact via phone or email? And does this require a formal complaint letter or email?

The contract we signed won't expire until sometime in 2020 and apparently theres a normally a heavy charge for each month remaining on the contract if customers cancel early.

I'd appreciate any advice or comments you can give.

P.S - Are speeds on Plusnet good? I know they use BT equipment for their network backhaul and according to the lastest OFCOM report, they have higher average download speeds than Talktalk.

Staff member
ISPreview Team
In terms of the speed code, check this article below for details on how that works. TalkTalk should now be telling you what the MGALS (minimum guaranteed speed) is for your line somewhere (maybe the online 'my account' pages?) or you can ask them to send it to you. If your speed is lower than the MGALS then you may have an easy escape:

An important change is due to be introduced tomorrow as part of Ofcom's new Voluntary Codes of Practice on Broadband Speed (VCoP), which will require the

In terms of the extra charges. TalkTalk should have told you how much you'd be paying when you agreed to the new contract. If the additional charges were not stated (always wise to get all the figures in writing) at that time and they are not settling via the internal complaint process (I assume you've opened a complaint with them?) then after 8 weeks you can ask the independent Ombudsman (ADR process) to investigate your case for free (TalkTalk use CISAS). The links below will help. 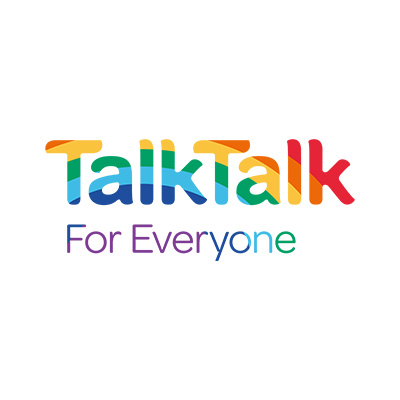 How do I make a complaint?

We're sorry to hear that you would like to complain. We take all complaints very seriously and we'll do everything we can to fix the issue you're unhappy with as quickly and effectively as possible. Your complaints give us a chance to put things right and help us improve our service to all our...

community.talktalk.co.uk
Mark Jackson
Editor-in-Chief - ISPreview.co.uk
You must log in or register to reply here.
Top